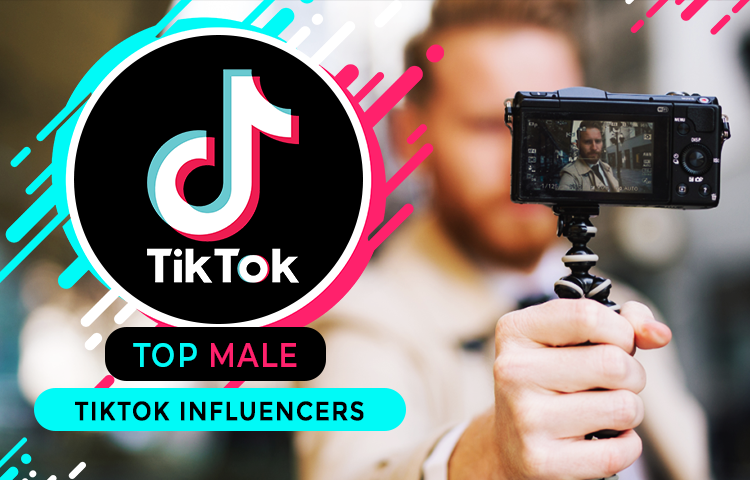 TikTok is a social media sharing app that has popularized the idea of lip-syncing videos. Because it is super fun and addictive, it has seen a massive surge in popularity over the last couple of years, and now has millions of active monthly users around the world.

The TikTok app is used by people everywhere to share funny, entertaining, and short videos. It comes with a library of filters and sound bites from music that you can use to make your own videos, but you can also upload your own songs as well.

In this article we’re going to talk about male TikTok influencers, and we will list who we believe are some of the best out there. Whether you are looking for influencers to be inspired by, or you are trying to network with more people on the platform, this is a great place to begin.

stream my song if u can relate ##greenscreen

Jacob is officially the most popular male TikTok influencer out there, with an impressive following of 20 million. He is best known for his lip-syncing videos that he does to popular songs. He is actually a professional singer and has since been able to release a couple of singles.

wait for it😉🤣 the transition tho🤩

Gil has a huge following right behind Jacob of 18 million, and he is also known for his lip-syncing videos. He also likes to create short, funny posts that get a lot of engagement. Additionally, he is an actor and a model. He often includes his brother in his content, who also has a big following on TikTok. They collaborate together on YouTube as well.

Do it for the Tik Tok

Cameron Dallas is an extremely popular social media influencer and TikToker. He is known for the videos that he posts not only on TikTok, but on YouTube and Vine as well. He puts a lot of effort into his TikTok videos, which are mostly based around humor. He sometimes posts videos of himself lip-syncing to a song as well. He has even managed to land a deal with Netflix recently.

Zach is a well-known TikTok influencer right now, but he first got his start over on Vine. He is mostly known for his magic tricks, and he also has a big following on YouTube.

this trend is satisfying😂

The younger brother of Gilmher, he has followed closely in his brother’s footsteps to amass his own following on TikTok, and currently has as many as 15 million followers. As well as creating funny TikTok videos, he also makes dance videos from time to time.

Another popular pair of brothers on TikTok, they post a variety of different video content. They can often be seen dancing to popular songs or doing acrobatic maneuvers.

The next male influencer on our list is an Indian TikTok influencer who started creating entertaining TikTok posts and shot to fame quickly. He mainly sticks to comedic videos and lip-syncing content, which are paired with popular Hindi songs. He tends to post in his regional language, but despite this has managed to amass millions of followers on TikTok.

Cash Baker is a popular TikTok influencer who is well-known for his funny videos that are usually filmed outside. He tends to reenact scenes from popular movies, and often lip-syncs with them as well. He includes his brother and his friends in a lot of his videos, and has even been able to release a single recently.

Maverick is the younger brother of Cash Baker, and as well as being a popular TikTok influencer, he is a singer. He does very similar video content to his brother and runs a successful YouTube channel with him as well.

Jason is a true social media celebrity, and is popular not only on TikTok, but on Instagram, Twitter, and YouTube as well. He likes to post silly family videos from his daily life that have amassed millions of likes.

Posie saw her sisters tik tok and wanted to do one. How can I say no to her🥺 ##daddaughter

Cole is a really popular family vlogger over on YouTube, and has since managed to take over TikTok as well. His videos feature random things from his life together with his family, including pictures of them on vacation and goofy dance videos. He’s popular over on Instagram as well.

Tyler is a really well-known social media personality that has a huge following not only on TikTok, but on Instagram as well. He got to go on the Ellen DeGeneres Show, which of course boosted his popularity instantly.

She didn’t expect that one @isabellakunst

Dominic loves to share dance and comedy videos with his fans, and a lot of the time his videos include his friends as well. He tends to film his videos outside. He started out filming on Vine but has since moved to TikTok.

Jake is not only famous on TikTok, but over on YouTube as well, and is known for his pranks and humor videos. He initially rose to fame over on Vine but has since had success with the rest of social media as well.

Carson is an actor, songwriter and singer who has over 6 million followers on TikTok. He also has a really successful YouTube channel, and with both platforms he likes to share entertaining and fun video content with his fans.

Max and Harvey Mills are identical twins who have a joint TikTok account with millions of fans. They share lip-syncing videos with their audience and have managed to release a few singles of their own. They have even been able to get featured in a TV series.

Oliver is another TikTok sensation that loves to create lip-syncing videos for his fans. He performs popular songs, often collaborates with other TikTok influencers, and includes his friends in his content.

Another male TikTok influencer is Sebastian Bails, who likes to post silly, comedic skits on TikTok with original dialogues and music. A lot of the time he features his girlfriend in his content.

Reply to @saintaustins I’m my own man…

Josh is both an actor and a model who is well known for his role in the movie ‘Brother’s Keeper’. He has managed to garner a huge following on TikTok by posting entertaining and funny videos.

Christian is a musician, actor and popular online personality that now has millions of followers not just on TikTok, but on other platforms as well. He usually covers original songs and vlogs.

Your 1st @ needs to try this workout 😳 ##workout ##lavision ##foryoupage

This TikTok influencer is from the Netherlands and has managed to create his own niche by posting workout videos on TikTok. He is a personal trainer and now has a large following thanks to his consistent content.

my friend thinks he can prank me 😎

Jesse has been creating social media content since 2013, and he usually sticks to challenges and pranks that he often includes his friends in. He likes to post dance videos as well.

Aaron Doh is another TikTok influencer who has a really good sense of humor and knows how to engage with his audience on TikTok. He keeps his content simple and is known for dialogues and music.

TikTok is a popular social media sharing app, and there is no shortage of male influencers out there carving out a name for themselves. Check out the TikTok accounts above and get inspired to become an influencer yourself one day that other people can look up to. Good luck!

PrevPreviousTop TikTok Video Ideas to Get More Followers
NextTikTok Live Video: Everything You Need to KnowNext